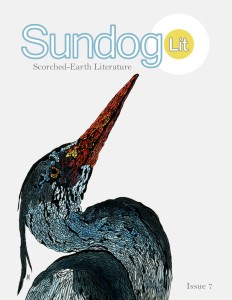 LAURA ENDER earned her MFA in fiction from Eastern Washington University. Her stories have appeared in One Teen Story, Indiana Review, Bellevue Literary Review, and elsewhere. She is currently at work on a young adult novel. She lives in the Seattle area with her husband and toddler son.