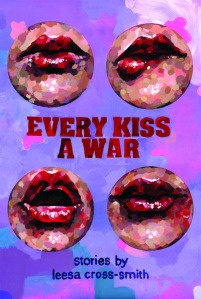 inspired by loving female friendships, bars, country music, and text messages in Every Kiss a War