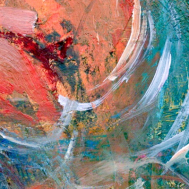 Seventh grade: the worst of times, the worst of times. My best friend was a sentient toilet. But like, Toilet knew all the gossip. When Savannah Ryan and Justin Carrillo broke up, I knew before the whole school. They were making out in the girls’ bathroom when Justin slipped his hands down her jeans and Savannah said No and Justin said C’mon and Savannah pushed him. Hard. He stormed away, stall door flapping. Savannah sank down on Toilet’s yellow seat and sobbed crocodile sobs.

I sob in the bathroom too. That’s how I met Toilet. I was eating lunch alone in the same stall, and I was crying because I was alone, when the lid opened and the water glowed with each syllable. Toilet boomed: DO NOT WEEP, CHILD. I HAVE LIVED AN ETERNITY. THIS ANGUISH MATTERS LITTLE.

Toilet knew which girls didn’t flush and which boys snuck inside the girls’ bathroom. More than once, Eric Malley fished out a rusty tampon from the dispenser and brought it to his mouth and swallowed. Twice Dennis Krause had pooped in the girls’ bathroom without realizing it wasn’t the boys’. Seb Rosas hid in the stall to surprise Alissa Byers only to chicken out; he remained waiting for a chance to escape unseen until fourth period. But mostly, Toilet heard the girls talking shit. Fern Sargent knew that Dennis Krause liked Karter Holman, who was a real bitch. Meanwhile, Karter Holman thought Fern had child-bearing hips. Alissa Byers and Brittney Shields got into a huge fight in the bathroom over who deserved to go to the winter formal with Dennis Krause, should he happen to ask both of them. But Dennis Krause asked Fern, to make Karter jealous. And so on. Ellisha Russell was telling everyone she was the author of the BJ list on the fourth-from-the-sinks stall. The names were all guys from the high school, popular guys, Jackson, Chase, Griffin and somehow the president of the Mock Trial team Lynden Lim. Another name, Seb Rosas, was listed at the bottom but you could totally tell it wasn’t the same handwriting. The BJ list was a great school mystery, but I know the truth because Toilet knew the truth. Mia Weingarten was the author of the BJ list. Mia Weingarten of 10th grade and pastel fleece. Her family owned the horse barn in town, where I used to take lessons. I hated every part of horseback riding except digging chunks of dirt and manure out the horses’ hooves with a tiny pick. Sometimes I would see Mia at the barn, head bent over algebra homework, a white stallion chewing her long blonde ponytail. And now I knew she was the author of the BJ list.
What is a BJ, like for real? I asked Toilet. I had a vague notion that BJs meant intercourse in a BJ’s Homegoods. But if BJs could be performed in the Nashoba Warriors Middle School 7th grade wing bathroom, perhaps I was off base.
Toilet said BJ is slang for fellatio. What’s that? I asked. In response, Toilet started telling me that before they were a toilet, they were once of this Earth, a stone valley with little stone caves. Creatures lived in their bowels. Fruit bats, I was informed, also perform fellatio.

Before Toilet was toilet, they were blown apart and boiled down and swirled into a fine slurry. Liquid bone drained into castings. Cooled and set. Seat, lid, tank. Packaged into a truck and driven across miles and miles. They arrived, bound and coffined, at the construction of a new middle school. Toilet was dragged inside and drilled into the slick bathroom wall. The fourth stall from the sinks and mirrors.

Savannah walked into the girls’ bathroom when I had my shirt lifted, exposing my belly. I sometimes did this to see if I could wring out my roly poly stomach like a sponge. When I saw Savannah’s face in the dirty mirror, my face flushed.
Oh, Savannah giggled. Even her hair was skinny and full of light.

Savannah painted her nails different kinds of red in the girls’ bathroom. She was perched on Toilet, the stall door open to the world. Five little red bottles clustered on the tampon trash bin. Scarlet, firetruck, merlot, blood, apple. After their break-up, Justin was telling everyone she got mono from the homeless guy that sometimes collected Gatorade bottles under the bleachers. Even Mia was saying Savannah was gross. And it wasn’t like Savannah was doing anything to dispel the rumors. She looked so sad in the hallways. Karter Holman said that Savannah must be the author of the BJ list. Ellisha Russell said it was impossible, she was like, super Christian. Fern Sargent said she couldn’t be THAT Christian because her parents were divorced. Justin was saying she tasted like homeless man, that’s how he knew. If I was friends with any of them, I would ask how they knew what a person tastes like. But I wasn’t friends with any of them, or anyone. They were Savannah’s friends.
As I passed the fourth stall, I said, Hey.
What do you want? Savannah said, fanning her hands.
Nothing, I said. I went into the neighboring stall and did not pee because I did not want Savannah to hear me pee. The bell rang. Still, Savannah didn’t leave. Neither could I. We were both perfectly still and trapped. Her white sneakers under the stall. That one faucet dripped. I should have said something epic like fuck Justin, fuck everyone but I just stayed in that stall, stupid and scared. Then the JV soccer team swept in, cleats clattering, loudly discussing the game. The spell was broken. Among the chaos, I peed. When the soccer girls left and I emerged, Savannah was already gone. Red bottles sat on Toilet’s white rim like an abandoned apothecary.

Toilet was once beneath a newborn ocean. And before Toilet was a metal embryo, and everything was burning, reeling from a collision, the moon just torn from its innards. Billions of years ago, Toilet again swirled. Spiral arms of dust, ice, color, sound, no sound, nothing.

I ran into Savannah, Karter, and Alissa at the Burlington Mall. A reedy gaggle of girls loping out of Bath and Body Works while I was doing laps, killing time while Dad interviewed at Sketchers, his fall from corporate grace part of the reason horseback riding was no longer on the table, thank God. When they caught my eye, I started feeling my heart in my throat. But they all waved as we intersected. Smiled. Okay, I thought. Okay.
Karter said to me, I think it’s so awesome you’re going to Bath and Body Works.
Yeah, Alissa added. Is it your first time?
Karter and Alissa were smiling halfways and sideways. Savannah was not smiling at all, but frowning at her phone. I had a sense they were speaking in code, but I wanted to pretend they meant what they meant. So I told them it wasn’t my first time and I liked looking at the weird candle names. Beach Bohemian and Peach Bellini and…
But they were already gone before I could say Moonlit Linens. So I spent the rest of my laps dissecting the exchange, trying to convince myself that it was normal and mankind is good at their core. But the mall had gotten busier, and I needed to feel alone and safe, so I sought refuge 一 the food court women’s bathroom. None of these toilets spoke. But it’s a good place to think. It’s a good place to hear people at their most vulnerable without being close to people at their most vulnerable. So I stayed seated in the stall thinking up random things and listening to women pee and wash their hands. Then I heard the familiar and frightening laughter of Karter and Alissa.
You guys are so mean, Savannah said.
Are we mean? Alissa asked. I didn’t think we were being mean at all.
Karter went, Guys, Dennis just snapchatted me.
Savannah said, It’s just a ceiling fan.
Means he’s thinking of you.
God, I am sick of Dennis.
Karter said, What if we get married and his best man downloads all our Snapchats for our wedding toast? It would just be ceiling fans and random crap. It should be like… epic. Poetry and lakes and sunsets and like… epic stuff.
Savannah went, That won’t happen.
Jeez, I wouldn’t want any of my Snapchats to live past middle school.
They won’t, Savannah insisted. In a few years, none of this will matter.

And before, Toilet was just trace elements swirling by gravitational happenstance. Oxygen, silica, aluminum. Molecules unlinked atom by atom. Pulled apart. Toilet had roamed the void. SO COLD, SO DARK. NOTHING EVER HAPPENS UNTIL IT DOES, AND THEN IT IS EVERYTHING.

Years later, Savannah is my best friend. The summer after high school but before college, I sleep over every night. Her house is deep in the woods. Denlike, full of older brothers and laundry. We spend the days eating cereal and watching documentaries. There’s this one about archaeologists in Pompeii discovering a new boathouse full of preserved bodies. Savannah, who has never heard of Vesuvius, is obsessed. Double the heat of Hiroshima, she whispers at odd moments, like while her brothers are out and we raid their liquor stash. Drunk, we jump on her trampoline, trying to trick our brains into flying. Finally, we collapse on the mat. We lie close, netted by our weight. The sky fringed by shadowy tree branches. A warm, midnight breeze. Stars. I feel weird. Savannah is talking about the time her father shattered the glass slider with an adirondack chair. My mom locked him out, she says. He was sleeping with my stepmom, but back then she was just his student. There is a pause and then Savannah says, In the documentary? That one skeleton holding that baby skeleton? That was my mom holding me. Like, in that moment.
I say, That’s fucked. The night hums. Crickets. Spring peepers. Tires over gravel. Headlights cast over our bodies. Someone is home. I am weightless. This time, I will say something epic. I am waiting for my turn when I will say, I will whisper: Once I was so lonely my best friend was a toilet.

Allie Dokus is a graduate of the Iowa Writers’ Workshop and Emerson College, where she studied fiction writing and literature. Before that, she was a Sandwich Artist at Subway. Currently, she’s working on a novel somewhat inspired by Dance Moms.