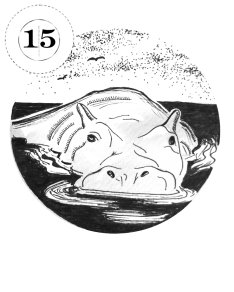 Hayli Cox is an MA graduate and soon-to-be PhD candidate for creative writing at Mizzou. Her work has most recently been published in The Gateway Review, Moonsick Magazine, HOOT, Open Palm Print, Hippocampus Magazine, Paper Darts, DIAGRAM, and Crab Fat Magazine. In her free time, Hayli paints, builds with Legos, walks her cat, and indulges in late night audiostrolls on the shores of Lake Superior. She currently serves as an editor for Heavy Feather Review. You can find her on twitter @haylimayli.