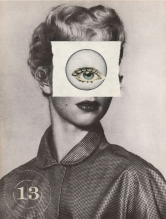 “belle-presente” for 4th great-grandmother born around 1792 in Spanish
Colonial Louisiana and died on October 14, 1880 in New Orleans, Louisiana

In 1876 Marguerite Joséphine Pierry (née Jean-Louis) won her petition to the Second District Court of the Parish of New Orleans to become the administratrix of her husband’s estate after creditors attempted to seize their property on Bayou St. John, as well as their possessions, to sell at public auction. While both Marguerite and her husband, Pierre, are listed on the United States Federal Census Record of 1850 as being unable to read or write, the organization and specificity of Pierre Pierry’s succession papers, which are composed of hundreds of receipts and documents dating as far back as 1811, suggest otherwise.

appear pregnant, I dare
myself, mum in the mirror.

it’s eighteen thirty-four,
that woman said, when a guerre

and a girl disappear in a swirl.

an age from now, she said,
in a clouded crystal. fortunate.

it’s eighteen thirty-eight
already. in our house on St. Jean

my children, they promise me
to sleep: Hippolite, little Marie,

and Francois, the last of whom
will watch this room as if some

stellar phenomena passes through—
as though it’s eighteen ten again

and that moment when she told me
they’re mine. like a helium star, I’ll guide

them, until gangs of men appear,
garish in gore, resigned to settle a score.

at eighty years old, years after
ma marié gives himself

to God, I’ll go
through his papers, signatures,

a legal Louisiana just
to replicate this innate sense

of passing on. this rite.
I must right it. I do.

a guerre. my sons and daughter
sit inside and appear stagnant

ourselves unfit to read)
to the Second District Court of New Orleans.

our name1 correctly, which I see
these men misspell intentionally, thinking

their tools will fell us, thinking
the letters in my name will not succeed

to impress themselves in a woman’s hand.
they do.

here, I’m the jealous thing.
the girl. the gear. almost.

a luminous sphere spun
into a star. my child, she said,

1“Pierry” is one of many spellings of this family’s surname. Alternate spellings include: Pierré, Pierrie, Pieri, Pierre, and etc.

it’s like you’re already dead. here you are, incapable of giving.
for speech, here, in this world—and this world—isn’t made
for you. you build yourself and somehow            still get chipped
down to fit and hear tell of            what is and not. this way you grieve
and receive this gift of exclusion, exclusive segregation of body
and mind            you don’t ask for.

Shaina Monet is a New Orleans native and the winner of the 2017 Vassar Miller Poetry Award. She currently serves as a poetry editor at Bayou Magazine. Her work has appeared in Crazyhorse and Unlikely Stories, and she has poems forthcoming in Yemassee Journal. Currently working on her first chapbook, she mines family stories, census records, and other legal documents to trace her family history and create poems informed by her Creole, Indigenous, Irish, and African American ancestors in North America and beyond.