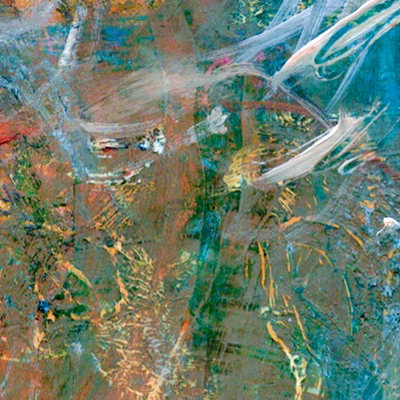 This is how you fill the void called lonely.
It happens by chance: you see an app called Yogiyo and download it because the bubbly font and white plate logo look inviting and familiar. You’ve never ordered delivery food before, especially here. But you go through with it, because trying is better than eating instant ramen from the GS convenience store downstairs, and you would never eat alone in a restaurant. Once you log in, you see that there is an endless number of categories: fast food, Chinese, American, Japanese cuisine, home cooking, noodles, bread, desserts. You choose a restaurant and the food you want, click “Complete Order,” and wait. Thirty minutes later, a delivery person wearing a motorcycle helmet rings your doorbell and you bow and take the order from them after you pay. They bow back and tell you to enjoy your meal, which makes the one-minute exchange feel endearing, somehow.
It becomes an addiction. During the subway rides home after work, you scroll through entrees and sides. You run home from your stop knowing you’ll get to the door of your officetel a few minutes before the delivery person comes with your order. You marvel at the different options you have now, no longer limited to convenience store food. If you crave sushi, you can buy a twenty-piece sashimi set. If you feel like eating pizza or pasta, you could customize the toppings on both. Fried chicken always comes with a free two-liter cola, and the burgers from McDonald’s are close enough in taste to the American version that you find yourself ordering them every other day. Yeopki tteokbokki becomes your favorite dish because it’s the spiciest thing you’ve ever experienced, which you save for Fridays so you don’t have to worry about your bathroom needs or the way the corner of your lips are swollen the next morning.
You wonder where delivery food has been your entire life and why anyone would bother putting on clothes and going to restaurants when restaurants could come to you. You think it’s the perfect solution for people who have to eat by themselves. But you slowly start to realize the more you take advantage of Yogiyo, the more you cannot avoid the inevitable: you start putting on a visible amount of weight. Your students are the first ones to notice—their sharp eyes never miss a thing when it comes to your appearance.
Teacher! You’re a pig, you’re the king of all pigs! they shout in the middle of class on some nights. You ponder this—not just a normal pig, but the king of them. The comment was meant to sting but it doesn’t. What your students don’t know is how you’re already there in your kitchen, imagining you’re getting your wallet ready by the counter and standing by the video intercom attached to your entryway wall. What they don’t know is that it doesn’t matter what they think, because you’re numb now. Delivery food does that, it numbs you to pretty much everything, so in a way, it has saved you. Protected you. You don’t think about Umma and Appa and your old life and how everyone thought something happened because it was so unlike you to just pack up and leave. So delivery—baedal you call it now, your favorite word—is the singular thing that brings you joy at the start of every new day and gets you through these long nights of teaching at the hagwon. You smile faintly in response, which confuses them. Your students are too young to understand this.

You cannot give up delivery food even though you know that you need to.
You avoid McDonald’s, but you go back to ordering everything else on Yogiyo. You’re free to go back to numbing yourself, in this way that you love. You’re happy again.
One day, you come rushing home after work, hoping the tonkatsu restaurant sent your favorite delivery man when you see something that makes you stop. A bright red scooter with the unmistakable yellow M logo, parked outside the double doors of your building. The delivery driver is nowhere to be seen. You tell yourself to breathe, that this doesn’t mean it’s Jay’s bike. McDonald’s is a popular chain, anyone else in the building could have ordered from there.
When your doorbell rings and you see the top of a helmet, you eagerly open the door. But it’s not the delivery man from the tonkatsu restaurant. It’s Jay. The metal fang of his necklace glints in the hallway light. He remembered your building and officetel number.
“I had business in the area and thought I’d say hi,” he says. You are numb and immovable, but this really isn’t the time or place for it. Jay tells you he needs to use the restroom and asks if he could use yours. You shake your head no and pull on the handle to close the door, but he sticks a foot in the door frame to stop you. He tells you it’ll only take a second, and he’ll leave immediately after. He moves past you and goes into your place, shutting the door of the bathroom before you can react. Your heart starts pounding but you are still frozen.
When he comes out, he doesn’t leave like he promised he would. Instead, he goes straight to your bed and sits down on the edge. He bounces on it a few times. “Nice,” he says, and then he looks at you and smiles. Your legs start to shake. Your voice barely comes out as a whisper, but you ask him to leave.
“I just wanted to hang out as friends!” He walks around, touching the puzzles you glued together and hung on your wall, leaning in to look at the polaroid pictures you had pinned on the bulletin board above your desk.
You slowly reach towards the back pocket of your sweatpants for your phone, feeling for its shape. But who would you call? Jay sees you and walks over to where you are, still frozen by the door. He tells you he needs to leave now because his other deliveries are waiting. He touches your cheek before he walks out, and you do nothing.
You stand there in the entryway long after he leaves, and the lights above you automatically turn off. Outside your windows, you can see that it’s snowing—the first snowfall of the season. You’re not outside, but you can feel the drops of ice seep through your body. Everything is cold now. Everything is dark.
Snow continues to fall outside. You close your eyes and hate how much you want to eat, but how much more you want to forget.

Tammy Heejae Lee is a Korean-American writer from Davis, CA. She holds a BA from UC Davis and an MFA in fiction from the University of San Francisco, where she received a post-graduate teaching fellowship. A Tin House Summer Workshop and VONA/Voices alum, her writing has appeared in The Offing, PANK, Hayden’s Ferry Review, and Split Lip Magazine. She is the recipient of a 2021-2022 Steinbeck Fellowship at San Jose State University, where she will work on her first novel about expat and hagwon culture in Seoul.