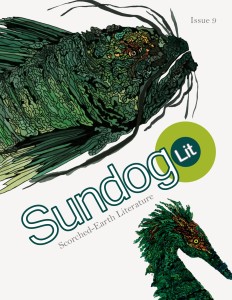 When I See the Toad

Allison Wyss is obsessed with body modification, dismemberment, and fairy tales. Her work has appeared in [PANK] Magazine, the Southeast Review, the Golden Key, Juked, and elsewhere. She teaches at the Loft Literary Center in Minneapolis and tweets, mostly about writing, as @AllisonWyss.